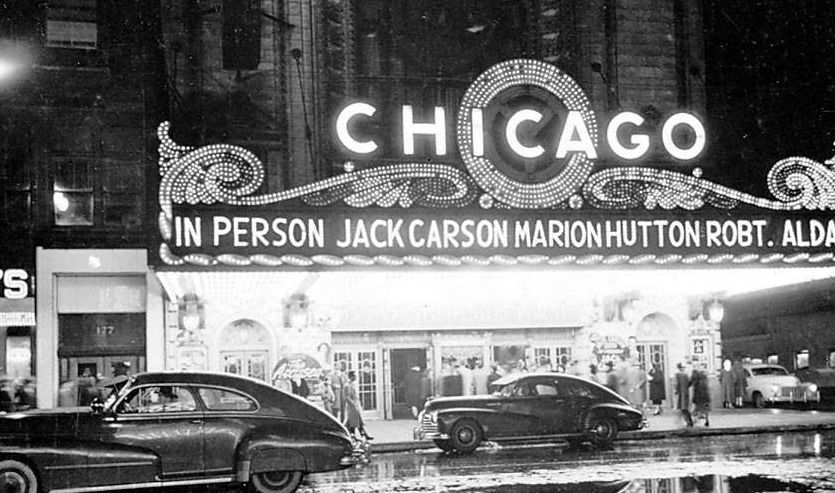 Our list of some of the best Chicago History books & series in recent years. Get inspired by one or more of the following books.

History of Chicago: A Captivating Guide to the People and Events that Shaped the Windy City’s History (2018)

Founded as a tiny, temporary settlement, Chicago became a crux of the American fur trade before growing into one of the powerhouses of the Industrial Revolution.
Author(s): Captivating History

Chicago has been called by many names. Nelson Algren declared it a “City on the Make.” Carl Sandburg dubbed it the “City of Big Shoulders.” Upton Sinclair christened it “The Jungle,” while New Yorkers, naturally, pronounced it “the Second City.”At last there is a book for all of us, whatever we choose to call Chicago.
Author(s): Dominic A. Pacyga

A Finalist for the Pulitzer Prize and Winner of the Bancroft Prize. “No one has written a better book about a city…Nature’s Metropolis is elegant testimony to the proposition that economic, urban, environmental, and business history can be as graceful, powerful, and fascinating as a novel.” ―Kenneth T.
Author(s): William Cronon

Known variously as “‘the Windy City,”’ “‘the City of Big Shoulders,”’ or “‘Chi-Raq,”’ Chicago is one of the most widely celebrated, routinely demonized, and thoroughly contested cities in the world.Chicago is the city of Gwendolyn Brooks and Chief Keef, Al Capone and Richard Wright, Lucy Parsons and Nelson Algren, Harold Washington and Studs Terkel.
Author(s): Kevin Coval, Chancellor Bennett

City of Big Shoulders: A History of Chicago (2000)

This compact yet comprehensive account of Chicago’s history links key events in the city’s development, from its marshy origins in the 1600s to today’s robust metropolis. Synthesizing a vast body of literature, Spinney presents Chicago in terms of the people whose lives made the city—not only the tycoons and the politicians but also the hundreds of thousands of immigrants from all over the world who have kept the city working.
Author(s): Robert G. Spinney

City of the Century: The Epic of Chicago and the Making of America (1997)

The epic of Chicago is the story of the emergence of modern America.
Author(s): Donald L. Miller

Chicago History: The Stranger Side (2014)

Former criminal investigator, author, and local historian Ray Johnson takes a new look at nine popular Chicago locations and their history, digging up strange new discoveries and connections. Who may have murdered sisters Barbara and Patricia Grimes in 1956? Who is the seventh body located under the 1893 Columbian Expo Cold Storage Fire Memorial at Oak Woods Cemetery…when there should only be six? Is there more of a link between H.H.
Author(s): Raymond Johnson

The Chicago River: A Natural and Unnatural History (2019)

In this social and ecological account of the Chicago River, Libby Hill tells the story of how a sluggish waterway emptying into Lake Michigan became central to the creation of Chicago as a major metropolis and transportation hub.  This widely acclaimed volume weaves the perspectives of science, engineering, commerce, politics, economics, and the natural world into a chronicle of the river from its earlies…
Author(s): LibHill

With 135 years of Chicago Cubs history, this lively, detailed book explores the personalities, events, and facts every Cubs fan should know. More than a look at the century-long wait for another World Series win, the book contains crucial information for Cubs fans, such as important dates, player nicknames, memorable moments, and outstanding achievements by singular players.
Author(s): Jimmy Greenfield

Chicago History for Kids: Triumphs and Tragedies of the Windy City Includes 21 Activities (For Kids series) (2007)

From the Native Americans who lived in the Chicago area for thousands of years, to the first European explorers Marquette and Jolliet, to the 2005 Chicago White Sox World Series win, parents, teachers, and kids will love this comprehensive and exciting history of how Chicago became the third largest city in the U.S.
Author(s): Owen Hurd, Gary Johnson

The Third Coast: When Chicago Built the American Dream (2014)

Before air travel overtook trains, nearly every coast-to-coast journey included a stop in Chicago, and this flow of people and commodities made it the crucible for American culture and innovation.
Author(s): Thomas L. Dyja

Chicago Whispers: A History of LGBT Chicago before Stonewall (2012)

Chicago Whispers illuminates a colorful and vibrant record of lesbian, gay, bisexual, and transgendered people who lived and loved in Chicago from the city’s beginnings in the 1670s as a fur-trading post to the end of the 1960s. Journalist St.
Author(s): de la Croix, St. Sukie, John D’Emilio

Everyone knows stories about the American Mafia and its varied forms of crime, from racketeering to stock manipulation to murder.  American Mafia: Chicago explores the Windy City, strolling through its neighborhoods and imagining scenes from the past—telling the stories of the men, women, and families and revealing the events behind the legends and the history of the families’ beginnings and founding me…
Author(s): William Griffith

Chicago has always had a reputation as a “wide open town” with a high tolerance for gangsters, illegal liquor, and crooked politicians. It has also been the home for countless black musicians and the birthplace of a distinctly urban blues-more sophisticated, cynical, and street-smart than the anguished songs of the Mississippi delta–a music called the Chicago blues.
Author(s): Mike Rowe

Mysterious Chicago: History at Its Coolest (2016)

From Chicago historian Adam Selzer, expert on all of the Windy City’s quirks and oddities, comes a compelling heavily researched anthology of the stories behind its most fascinating unsolved mysteries.To create this unique volume, Selzer has collected forty unsolved mysteries from the 1800s to modern day. He has poured through all newspaper, magazine, and book references to them, and consulted expert historians.
Author(s): Adam Selzer

We highly recommend you to buy all paper or e-books in a legal way, for example, on Amazon. But sometimes it might be a need to dig deeper beyond the shiny book cover. Before making a purchase, you can visit resources like Library Genesis and download some chicago history books mentioned below at your own risk. Once again, we do not host any illegal or copyrighted files, but simply give our visitors a choice and hope they will make a wise decision.

Law and the Economy in a Young Democracy: India 1947 and Beyond

Forensics for Kids: The Science and History of Crime Solving, With 21 Activities

Please note that this booklist is not errorless. Some books are absolutely chart-busters according to Washington Post, others are composed by unknown authors. On top of that, you can always find additional tutorials and courses on Coursera, Udemy or edX, for example. Are there any other relevant links you could recommend? Drop a comment if you have any feedback on the list.