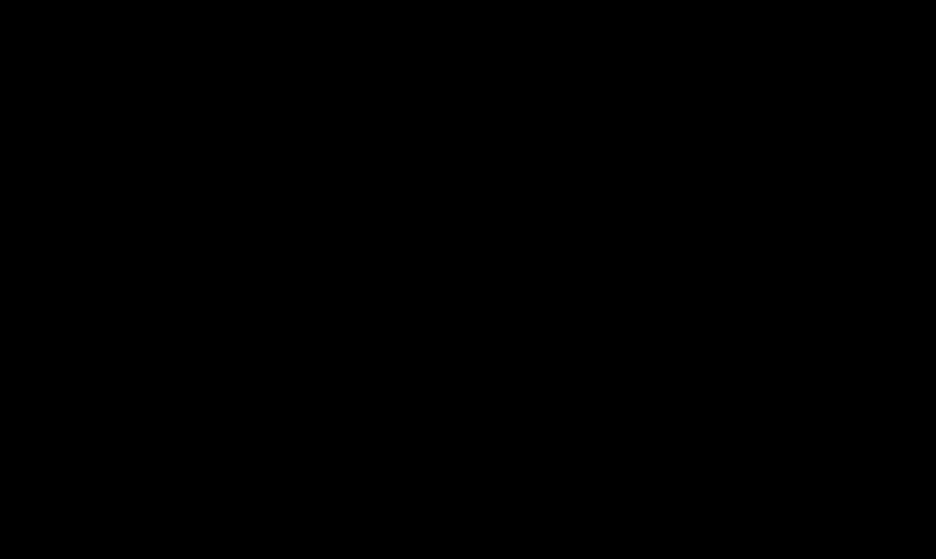 Our list of some of the best Chernobyl books & series in recent years. Get inspired by one or more of the following books.

At 01:23:40 on April 26th 1986, Alexander Akimov pressed the emergency shutdown button at Chernobyl’s fourth nuclear reactor. It was an act that forced the permanent evacuation of a city, killed thousands and crippled the Soviet Union. The event spawned decades of conflicting, exaggerated and inaccurate stories.
Author(s): Andrew Leatherbarrow 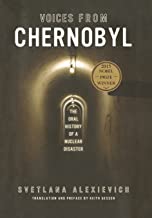 A journalist by trade, who now suffers from an immune deficiency developed while researching this book, presents personal accounts of what happened to the people of Belarus after the nuclear reactor accident in 1986, and the fear, anger, and uncertainty that they still live with.
Author(s): Svetlana Alexievich, Keith Gessen

Midnight in Chernobyl: The Untold Story of the World’s Greatest Nuclear Disaster (2020) 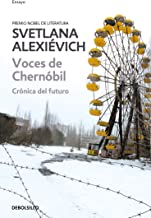 CHERNOBYL: The Unbelievable, Forbidden, Hidden but True Story of the World’s Worst and Greatest Nuclear Disaster (2 Books in 1 : Chernobyl – Prelude of a Disaster & Chernobyl – The Dawn After) (2019)

At 01:23 AM in the morning of April 26th 1986, the world was shaken by a man-made nuclear disaster: Unit 4 of the Chernobyl power plant met historical devastation that night, resulting in lasting ecological, medical, and political effects.Who was truly responsible for the explosion?Was it a human error, a technical fault, or mere propaganda?Read below to discover more.The causes of such an accident for long remained behind the veil of governmental secrecy. For years, the people remaine…
Author(s): Svetlana Kostenko

Chernobyl: The History of a Nuclear Catastrophe (2020) 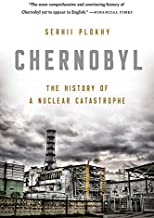 On the morning of April 26, 1986, Europe witnessed the worst nuclear disaster in history: the explosion of a reactor at the Chernobyl Nuclear Power Plant in Soviet Ukraine. Dozens died of radiation poisoning, fallout contaminated half the continent, and thousands fell ill.In Chernobyl, Serhii Plokhy draws on new sources to tell the dramatic stories of the firefighters, scientists, and soldiers who heroically extinguished the nuclear inferno.
Author(s): Serhii Plokhy

*WINNER OF THE BAILLIE GIFFORD PRIZE FOR NON-FICTION 2018*’As moving as it is painstakingly researched. . . a cracking read’ Viv Groskop, ObserverOn 26 April 1986 at 1.23am a reactor at the Chernobyl Nuclear Power Plant in Soviet Ukraine exploded. While the authorities scrambled to understand what was occurring, workers, engineers, firefighters and those living in the area were abandoned to their fate.
Author(s): serhii plokhy

Of Dust and Echoes: A Tour of The Chernobyl Exclusion Zone (2019) 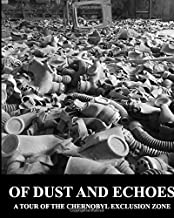 Silent Bill, street artist and author takes you on a haunting visual tour of the abandoned city of Pripyat. The city was evacuated on 27 April 1986, 30 hours after the Chernobyl disaster at the Chernobyl Nuclear Power Plant which was the most disastrous nuclear accident in history. Pripyat, had been built as a home for the power plant workers.
Author(s): Silent Bill

Modern Classics: Chernobyl Prayer: A Chronicle of the Future (2017)

‘A beautifully written book, it’s been years since I had to look away from a page because it was just too heart-breaking to go on’ – Arundhati Roy, Elle ‘One of the most humane and terrifying books I’ve ever read’ – Helen Simpson, Observer The devastating history of the Chernobyl disaster by Svetlana Alexievich, the winner of the Nobel prize in literature – A new translation by Anna Gunin and Arch Tait based on the revised text – In April 1986 a series of explosions shook the Chernobyl nuclear r…
Author(s): Svetlana Alexievich

CHERNOBYL – PRELUDE OF A DISASTER: A Tale of Man-Made Nuclear Devastation (Vol. I) (2019)

A Nominee for “Heorhij Stepanovych Kyrylenko National Prize 2019” and winner of the “Best journalistic report on Chernobyl disaster” named by Kyiv Today, this book unfolds the events of the worst nuclear accident, also depicted in the world famous “Chernobyl” 2019 drama TV serie, with more in-depth details. Read below to discover more.At 01:23 AM in the morning of April 26th 1986, the world was shaken by a man-made nuclear disaster : Unit 4 of the Chernobyl power plant met

We highly recommend you to buy all paper or e-books in a legal way, for example, on Amazon. But sometimes it might be a need to dig deeper beyond the shiny book cover. Before making a purchase, you can visit resources like Library Genesis and download some chernobyl books mentioned below at your own risk. Once again, we do not host any illegal or copyrighted files, but simply give our visitors a choice and hope they will make a wise decision.

The Crime of Chernobyl: The Nuclear Gulag

The Chernobyl, Fukushima Daiichi And Deepwater Horizon Disasters From A Natural Science And Humanities Perspective

Chernobyl: The Devastation, Destruction and Consequences of the World's Worst Radiation Accident

Please note that this booklist is not final. Some books are truly best-sellers according to USA Today, others are written by unknown writers. On top of that, you can always find additional tutorials and courses on Coursera, Udemy or edX, for example. Are there any other relevant resources you could recommend? Drop a comment if you have any feedback on the list.