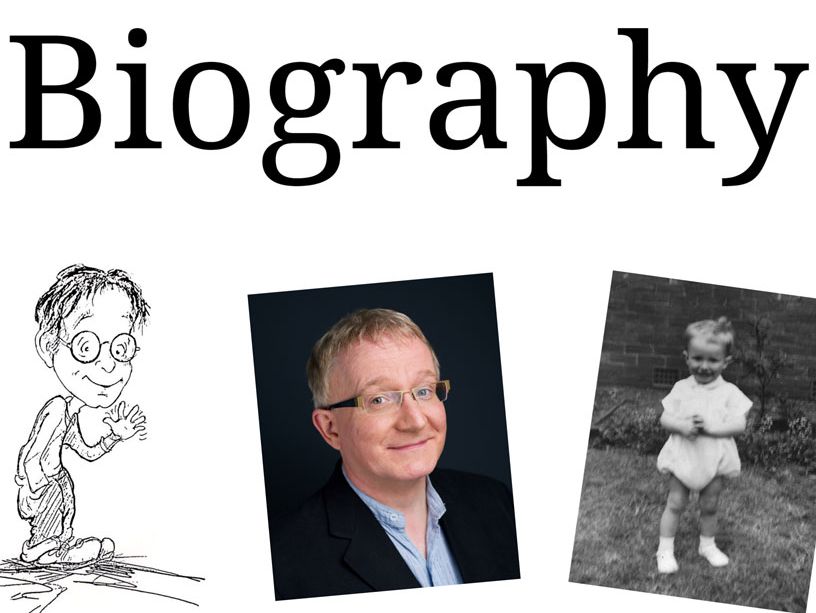 Here is a list of the best Biography books, some I have read myself, some that I did research on, and all have great reviews!

“This is an essential book for those who wish to understand a city that remains a nexus of world affairs.” —Booklist (starred)Jerusalem is the epic history of three thousand years of faith, fanaticism, bloodshed, and coexistence, from King David to the 21st century, from the birth of Judaism, Christianity, and Islam to the Israel-Palestine conflict.
Author(s): Simon Sebag Montefiore

Based on thousands of pages from Leonardo da Vinci’s astonishing notebooks and new discoveries about his life and work, Walter Isaacson “deftly reveals an intimate Leonardo” (San Francisco Chronicle) in a narrative that connects his art to his science. He shows how Leonardo’s genius was based on skills we can improve in ourselves, such as passionate curiosity, careful observation, and an imagination so playful that it flirted with fantasy.
Author(s): Walter Isaacson

Victoria: The Queen: An Intimate Biography of the Woman Who Ruled an Empire (2017)

“Victoria the Queen, Julia Baird’s exquisitely wrought and meticulously researched biography, brushes the dusty myth off this extraordinary monarch.”—The New York Times Book Review (Editor’s Choice) When Victoria was born, in 1819, the world was a very different place. Revolution would threaten many of Europe’s monarchies in the coming decades.
Author(s): Julia Baird

The authorized biography of the creator of Middle-earth. In the decades since his death in September 1973, millions have read THE HOBBIT, THE LORD OF THE RINGS, and THE SILMARILLION and become fascinated about the very private man behind the books.
Author(s): Humphrey Carpenter, J.R.R. Tolkien

Steve Jobs: The Man Who Thought Different: A Biography (2012)

“Your time is limited. . . . have the courage to follow your heart and intuition.” ―Steve JobsFrom the start, his path was never predictable. Steve Jobs was given up for adoption at birth, dropped out of college after one semester, and at the age of twenty, created Apple in his parents’ garage with his friend Steve Wozniack.
Author(s): Karen Blumenthal

The #1 New York Times bestselling author of Mrs. Kennedy and Me and Five Days in November reflects on his seventeen years on the Secret Service for presidents Eisenhower, Kennedy, Johnson, Nixon, and Ford.The assassination of one president, the resignation of another, and the swearing-in of the two who followed those traumatic events. Clint Hill was there, on duty, through Five Presidents.
Author(s): Clint Hill, Lisa McCubbin

Walt Disney: The Triumph of the American Imagination (2007)

The definitive portrait of one of the most important cultural figures in American history: Walt Disney. Walt Disney was a true visionary whose desire for escape, iron determination and obsessive perfectionism transformed animation from a novelty to an art form, first with Mickey Mouse and then with his feature films–most notably Snow White, Fantasia, and Bambi.
Author(s): Neal Gabler

Popular math at its most entertaining and enlightening. “Zero is really something”-Washington PostA New York Times Notable Book.The Babylonians invented it, the Greeks banned it, the Hindus worshiped it, and the Church used it to fend off heretics. Now it threatens the foundations of modern physics.
Author(s): Charles Seife

Cod: A Biography of the Fish that Changed the World (1998) 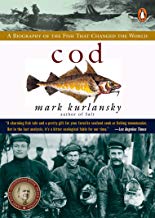 Mark Kurlansky’s third work of nonfiction and winner of the 1999 James Beard Award is the biography of a single species of fish, but it may as well be a world history with this humble fish as its recurring main character. Cod, it turns out, is the reason Europeans set sail across the Atlantic, and it is the only reason they could.
Author(s): Mark Kurlansky

The National Book Award–winning biography that tells the story of how young Teddy Roosevelt transformed himself from a sickly boy into the vigorous man who would become a war hero and ultimately president of the United States, told by master historian David McCullough.Mornings on Horseback is the brilliant biography of the young Theodore Roosevelt. Hailed as “a masterpiece” (John A.
Author(s): David McCullough

Wolves at the Door: The True Story Of America’s Greatest Female Spy (2008)

Virginia Hall left her Baltimore home in 1931 to enter the Foreign Service and went to work for the British Special Operations Executive (SOE) when Hitler was building toward the peak of his power in Europe.
Author(s): Judith Pearson

By the author of the acclaimed bestsellers Benjamin Franklin and Steve Jobs, this is the definitive biography of Albert Einstein. How did his mind work? What made him a genius? Isaacson’s biography shows how his scientific imagination sprang from the rebellious nature of his personality. His fascinating story is a testament to the connection between creativity and freedom.
Author(s): Walter Isaacson 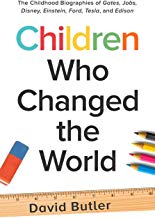 What were these 7 amazing people like as children?What kind of childhoods, education, and families did they have? What led them to their outstanding accomplishments? Was it Intelligence? Fortitude? Confidence? Passion? Luck? All of the above? Or was it something else?Enjoy these seven fascinating, but little-known stories. Follow each of these children through that brief period of life where life-long personalities are formed.
Author(s): David Butler

Legendary comedic actor, John Candy, is often described as one of the sweetest men in Hollywood. Police Academy legend, Tim Kazurinksy, once said that “John wasn’t just a one in a million guy – he was a one in a hundred million guy”. Incredibly talented, full of heart and extraordinarily hard working, with over forty movies under his belt, Candy was a screen icon during the 80s and early 90s.
Author(s): Tracey J Morgan , Joe Shooman, et al.

Best Biography Books You Should Enjoy

We highly recommend you to buy all paper or e-books in a legal way, for example, on Amazon. But sometimes it might be a need to dig deeper beyond the shiny book cover. Before making a purchase, you can visit resources like Library Genesis and download some biography books mentioned below at your own risk. Once again, we do not host any illegal or copyrighted files, but simply give our visitors a choice and hope they will make a wise decision.

Please note that this booklist is not definite. Some books are absolutely best-sellers according to Washington Post, others are drafted by unknown writers. On top of that, you can always find additional tutorials and courses on Coursera, Udemy or edX, for example. Are there any other relevant resources you could recommend? Leave a comment if you have any feedback on the list.