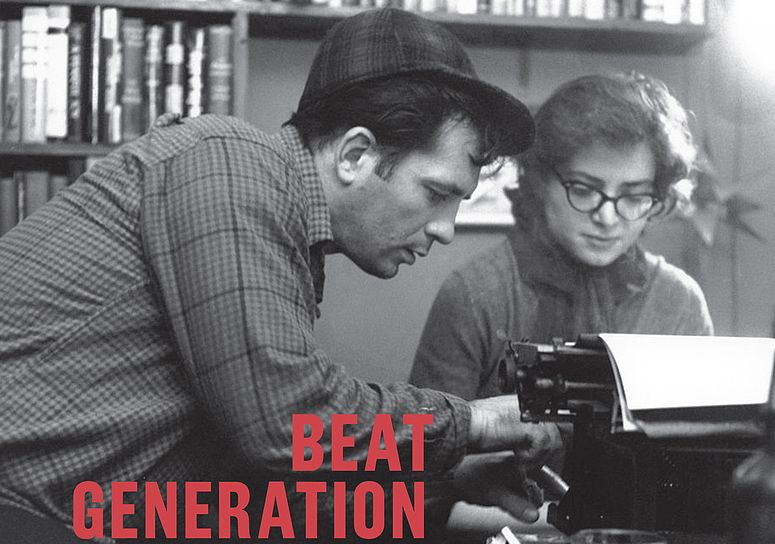 While there are many courses and tutorials online, learning from a book is still one of the best ways to greatly improve your skills. Below I have selected top Beat Generation books.

Beginning in the late 1940’s, American literature discovered a four-letter word, and the word was “beat.” Beat as in poverty and beatitude, ecstasy and exile. Beat was Jack Kerouac touring the American road in prose as fast and reckless as a V-8 Chevy. It was the junk-sick surrealism of William Burroughs; the wild, Whitmanesque poetry of Allen Ginsberg; and the lumberjack Zen of Gary Snyder.
Author(s): Ann Charters

In The Beats: A Graphic History, those who were mad to live have come back to life through artwork as vibrant as the Beat movement itself.
Author(s): Harvey Pekar , Paul Buhle , et al.

Women of the Beat Generation: The Writers, Artists and Muses at the Heart of a Revolution (1998)

Winner of an American Book Award, this collection is an unprecedented exploration of the lives, writings, and astonishing stories of the longoverlooked women of the Beat Generation from the famous Carolyn Cassady & Jan Kerouac to the relatively undiscovered Mary Fabilli & Helen Adam. The art, prose, & poetry selected represent the full range & development of the work of 40 women, highlighting the lives & work of these famed iconoclasts.
Author(s): Brenda Knight

The Cambridge Companion to the Beats offers an in-depth overview of one of the most innovative and popular literary periods in America, the Beat era. The Beats were a literary and cultural phenomenon originating in New York City in the 1940s that reached worldwide significance. Although its most well-known figures are Jack Kerouac, Allen Ginsberg, and William S.
Author(s): Steven Belletto

The Best Minds of My Generation: A Literary History of the Beats (2018)

In 1977, twenty years after the publication of his landmark poem “Howl,” and Jack Kerouac’s seminal book On the Road, Allen Ginsberg decided it was time to teach a course on the literary history of the Beat Generation. Through the creation of this course, which he ended up teaching five times, first at the Naropa Institute and later at Brooklyn College, Ginsberg saw an opportunity to present the history of Beat Literature in his own inimitable way.
Author(s): Allen Ginsberg

For more than three decades, while its writer’s world fame increased, remained unpublished because of its forthright depiction of homosexual longings. Set in the corrupt and spectral Mexico City of the forties, is the story of William Lee, a man afflicted with both acute heroin withdrawal and romantic and sexual yearnings for an indifferent user named Eugene Allerton.
Author(s): William S. Burroughs

Here, accompanied by dozens of unique photographs, are the very best of Victor Bockris’s infamous interviews, essays, and observations on the stars of downtown Manhattan in the 1970s and 1980s. The internationally acclaimed biographer Bockris was there as a witness, friend, collaborator, and co-conspirator. Some of the stars were founding members of Beat or Punk, others were just passing through.
Author(s): Victor Bockris

BEAT: The Latter Days of the Beat Generation (2018)

BEAT is an unfiltered chronicle of the wild escapades of those who made the living poetry that expressed the atomic age and beyond. Here is Ginsberg, Corso, Burroughs, Cassady, di Prima, Waldman, Micheline, Kesey, Bukowski, Kaufman, Vega, Bremser, & many others. First-hand accounts from East Coast to West Coast, Prague to Kathmandu, Andy Clausen was there.
Author(s): Andy Clausen, Michael Woyczuk;Timothy Greenfield-Sanders

The Beat Generation in San Francisco: A Literary Tour (2003)

Naked Angels: The Lives And Literature Of The Beat Generation (2006)

A fascinating blend of literary and social criticism, history, and biography, Naked Angels is a revealing introduction to the lives and work of Jack Kerouac, Allen Ginsberg, and William S. Burroughs and an unsurpassed look at the powerful influence they had on the 1960s and beyond. “The definitive history.”–Leon Edel.
Author(s): John Tytell

In the late 1950s and early 1960s, the writers of the Beat Generation revolutionized American literature with their iconoclastic approach to language and their angry assault on the conformity and conservatism of postwar society.
Author(s): David Sterritt

We highly recommend you to buy all paper or e-books in a legal way, for example, on Amazon. But sometimes it might be a need to dig deeper beyond the shiny book cover. Before making a purchase, you can visit resources like Library Genesis and download some beat generation books mentioned below at your own risk. Once again, we do not host any illegal or copyrighted files, but simply give our visitors a choice and hope they will make a wise decision.

Smart and Sustainable Engineering for Next Generation Applications: Proceeding of the Second International Conference on Emerging Trends in Electrical, Electronic and Communications Engineering (ELECOM 2018), November 28–30, 2018, Mauritius

Seeing the Beat Generation: Entering the Literature through Film

Please note that this booklist is not final. Some books are really chart-busters according to The New York Times, others are drafted by unknown authors. On top of that, you can always find additional tutorials and courses on Coursera, Udemy or edX, for example. Are there any other relevant books you could recommend? Leave a comment if you have any feedback on the list.