Skip to content
📚 Book Lovin' Geek Mamas are on a mission to promote a love of books and reading to everyone. We help our visitors to find their next favorite book. Our authors regularly create and post so-called listicles (also known as booklists) on various mostly tech-related topics.
Home » Reviews
Author BLGMReading 8 minViews 773Published by March 5, 2017

Looking for the best Astronaut books? Browse our list to find excellent book recommendations on the subject.

An Astronaut’s Guide to Life on Earth: What Going to Space Taught Me About Ingenuity, Determination, and Being Prepared for Anything (2015)

“Hadfield is a genius, a man of science and technology and no first-timer to the universe.”-New York Post Chris Hadfield has spent decades training as an astronaut and has logged nearly 4000 hours in space. During this time he has broken into a Space Station with a Swiss army knife, disposed of a live snake while piloting a plane, and been temporarily blinded while clinging to the exterior of an orbiting spacecraft.
Author(s): Chris Hadfield 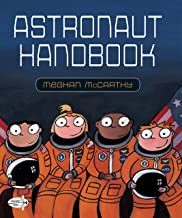 With an appealing text and funny, brightly colored illustrations, Meghan McCarthy transports aspiring space travelers to astronaut school in her young nonfiction picture book. Take a ride on the “Vomit Comet” and learn how it feels to be weightless. Try a bite of astronaut food, such as delicious freeze-dried ice cream. Have your measurements taken—100 of your hand alone—for your very own space suit. Get ready for liftoff!
Author(s): Meghan McCarthy 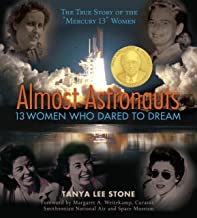 What does it take to be an astronaut? Excellence at flying, courage, intelligence, resistance to stress, top physical shape — any checklist would include these. But when America created NASA in 1958, there was another unspoken rule: you had to be a man. Here is the tale of thirteen women who proved that they were not only as tough as the toughest man but also brave enough to challenge the government.
Author(s): Tanya Lee Stone, Margaret A. Weitekamp

Sally Jansen was NASA’s leading astronaut, until a mission to Mars ended in disaster. Haunted by her failure, she lives in quiet anonymity, convinced her days in space are over.She’s wrong. A large alien object has entered the solar system on a straight course toward Earth. It has made no attempt to communicate and is ignoring all incoming transmissions. Out of time and out of options, NASA turns to Jansen. For all the dangers of the mission, it’s the shot at redemption she always longed for.
Author(s): David Wellington 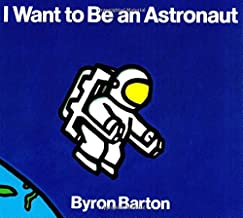 From picture-book master Byron Barton, this is the perfect story for young readers who love outer space and want to know more about how NASA astronauts do their job.Up into the sky goes the space shuttle! Once in orbit, the astronauts get a taste of ready-to-eat food, experience zero gravity, go for space walks, and even fix a satellite.
Author(s): Byron Barton

Of course the noted Lady Astronaut Elma York would like to go, but there’s a lot riding on whoever the International Aerospace Coalition decides to send on this historic―but potentially very dangerous―mission? Could Elma really leave behind her husband and the chance to start a family to spend several years traveling to Mars?
Author(s): Mary Robinette Kowal 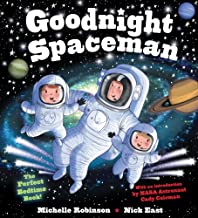 It’s time for bed, come on inside. We’ll keep the curtains opened wide And watch the starlight sparkling bright. Let’s make a wish and say goodnight. Goodnight shuttle, Goodnight base, Goodnight deepest, darkest space. Zooming through the Milky Way Goodnight spaceman, far away. Blast off to dreamland with this charming book that’s destined to be your child’s favorite. Rocket across the stars and through the universe with these joyful illustrations and fun rhymes.
Author(s): Michelle Robinson , Nick East , et al.

A Step 3 Biography Reader of American hero, Astronaut Scott Kelly! Scott wasn’t sure what he wanted to be when he grew up. He struggled in school and often got in trouble with his twin brother, Mark. Then one day Scott discovered a book about test pilots and astronauts that set him on a new path.His new focus led him to fly higher and higher, becoming first a pilot and then an astronaut, along with his brother–the first twin astronauts in history.
Author(s): Scott Kelly, André Ceolin

As America’s Mercury Seven astronauts were launched on death-defying missions, television cameras focused on the brave smiles of their young wives. Overnight, these women were transformed from military spouses into American royalty.
Author(s): Lily Koppel

To the Moon: An Autobiography of an Apollo Astronaut’s Daughter (2019)

To the Moon is an exciting and well-written autobiography by Rosemary Roosa, the daughter of Apollo 14 Astronaut, Stu Roosa. The introduction is by Apollo 16 Astronaut, Charlie Duke, and the book is endorsed by Apollo 13 Astronaut Fred Haise. To the Moon captures the essence of the space race days and then takes you on a journey to the moon and back. Rosemary Roosa describes her adventurous life with her parents and her career.
Author(s): Rosemary Roosa

Endurance: My Year in Space, A Lifetime of Discovery (2018)

The veteran of four space flights and the American record holder for consecutive days spent in space, Scott Kelly has experienced things very few have. Now, he takes us inside a sphere utterly hostile to human life.
Author(s): Scott Kelly

Astronaut Academy: Are You Ready for the Challenge? (2016) 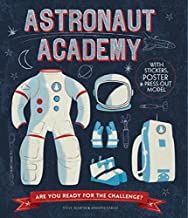 This is a spaceflight activity book like no other! Through a series of fun and challenging tasks, kids will begin to understand the skills and training required to become an astronaut on a mission to Mars. There are “classes” for kids to attend as part of their training. These include Space Pilot, Space Living, Space Engineer, Space Scientist, and Space Gym.
Author(s): Steve Martin, Jennifer Farley 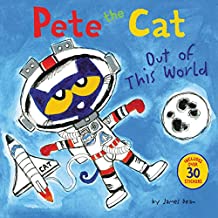 Blast off into space with New York Times bestselling author and artists James Dean and everyone’s favorite cat-stronaut, Pete the Cat, in Pete the Cat: Out of This World. Includes over 30 fun stickers!When Pete heads off to space camp, he gets to float in zero gravity, build rockets, and even goes on an extraordinary interstellar mission that is out of this world—literally.
Author(s): James Dean

Astronauts falling on the Moon, NASA Apollo Mission Landed on the Lunar Surface

Best Astronaut Books That You Need

We highly recommend you to buy all paper or e-books in a legal way, for example, on Amazon. But sometimes it might be a need to dig deeper beyond the shiny book cover. Before making a purchase, you can visit resources like Library Genesis and download some astronaut books mentioned below at your own risk. Once again, we do not host any illegal or copyrighted files, but simply give our visitors a choice and hope they will make a wise decision.

The End of Astronauts: Why Robots Are the Future of Exploration

Please note that this booklist is not definite. Some books are really best-sellers according to Washington Post, others are written by unknown writers. On top of that, you can always find additional tutorials and courses on Coursera, Udemy or edX, for example. Are there any other relevant books you could recommend? Drop a comment if you have any feedback on the list.