Skip to content
📚 Book Lovin' Geek Mamas are on a mission to promote a love of books and reading to everyone. We help our visitors to find their next favorite book. Our authors regularly create and post so-called listicles (also known as booklists) on various mostly tech-related topics.
Home » Reviews
Author BLGMReading 6 minViews 694Published by September 4, 2018

Below I’ll give you my selections for the best Apocalyptic books by a few categories. I will cover these and other great books more in depth later. 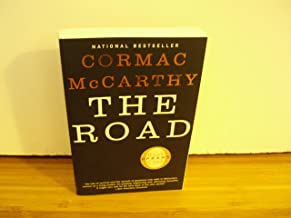 It started with the “Biggest” stock market crash in history. Banks shut down under the weight of their bogus investments, and the financial sector failed. People looked to the government to make it all better. They couldn’t! Hyper-inflation, mass unemployment and infrastructure started to breakdown.
Author(s): W.R. Benton

He hated the rules until the power grid failed.Tyler Ford is a tour guide, a brother, and the son of a prepper from Whitefish, Montana. Robbed of a childhood and forced to learn his father’s stringent rules of survival for every kind of apocalypse, he couldn’t wait to leave home, but when an EMP obliterates the United States electrical grid, takes out communication and stalls vehicles, Tyler must face the past and remember what he taught him if he hopes to make it out of Vegas alive.
Author(s): Jack Hunt

Minus America: A Post-Apocalyptic Survival Thriller (2019)

The attack on America only takes a few minutes. The president has just enough time to sound the alarm. When it ends, nearly everyone on mainland USA is gone.Every policeman. Every housewife. Every trucker. Everyone.A continent free for the taking…Ted MacInnis is a backup pilot on Air Force Two, over the Atlantic, when it happens.
Author(s): E.E. Isherwood

Pigs might not fly but they are strangely altered. So, for that matter, are wolves and racoons. A man, once named Jimmy, lives in a tree, wrapped in old bedsheets, now calls himself Snowman. The voice of Oryx, the woman he loved, teasingly haunts him. And the green-eyed Children of Crake are, for some reason, his responsibility. ‘In Jimmy, Atwood has created a great character: a tragic-comic artist of the future, part buffoon, part Orpheus.
Author(s): Margaret Atwood

A yearly trek to the carnival with his young sons is the highlight of Ian Carrol’s life. What begins as another opportunity to build lifelong memories quickly fades to black by the time the sun sets. The world and humanity at large take an inexplicable turn, leaving the struggling single father to resort to desperate measures to get his family to safety.
Author(s): Connor Mccoy

Surviving the Fall is an epic survival/thriller post-apocalyptic series that asks the “what if” question that lurks in the back of everyone’s mind.When a devastating attack cripples and destroys every Internet-connected device in the country, Rick Waters is stranded a thousand miles from his wife, Dianne, and their children.
Author(s): Mike Kraus

End of Summer: A post viral-apocalypse story: Book One of the Seasons of Man (2019)

When a viral apocalypse kills 97% percent of the people on the planet, the survivor’s humanity is hanging by a thread. Fighting over the leftovers of civilization, what’s needed is a hero that’s more killer than saint. The people he finds become family and that is very bad news for those who think they are running things.
Author(s): S.M. Anderson

The nuclear missiles killed millions. The chemtrails brought them back to life. When the end came, it was swift and brutal. The EMP from atmospheric detonations occurred just before Christmas. Chinese bombs spreading poison on major metropolitan centers follow, only hours later. Then the dead began to walk and to kill with terrifying speed. The government, from the President to the foot soldier, fell in three days. Nine out of ten – maybe more – were dead before Valentine’s Day.
Author(s): Dave Lund

“I didn’t realise how much I would miss grocery shopping until it was gone.” Life was pretty good. The love of Alice’s life had proposed, they were proud new homeowners, and she’d just landed a great promotion at work. Things were going to plan. Well, they were, until the Red Death struck. Billions dead in a matter of weeks. The survivors are few and far between. No one is safe. Life will never be the same again.
Author(s): Alex Burns

A century after an apocalyptic war devastates the planet and reduces all countries to smouldering ruins, Melbourne’s remnant population huddles behind twelve-foot walls. But are these walls for protection from the Skel savages who roam the city’s ruins, or to imprison the people and subject them to archaic rules enforced by the ruthless Custodians.
Author(s): Peter R Stone

Best Apocalyptic Books You Should Read

We highly recommend you to buy all paper or e-books in a legal way, for example, on Amazon. But sometimes it might be a need to dig deeper beyond the shiny book cover. Before making a purchase, you can visit resources like Library Genesis and download some apocalyptic books mentioned below at your own risk. Once again, we do not host any illegal or copyrighted files, but simply give our visitors a choice and hope they will make a wise decision.

Imagining Apocalyptic Politics in the Anthropocene

Post-Apocalyptic Environmentalism: The Green Movement in Times of Catastrophe

Please note that this booklist is not errorless. Some books are truly hot items according to Los Angeles Times, others are drafted by unknown writers. On top of that, you can always find additional tutorials and courses on Coursera, Udemy or edX, for example. Are there any other relevant resources you could recommend? Drop a comment if you have any feedback on the list.