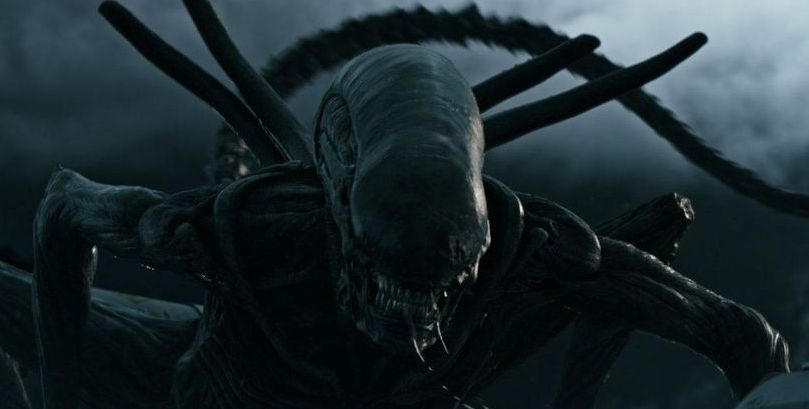 Below I’ll give you my selections for the best Alien books by a few categories. I will cover these and other great books more in depth later.

HE OFFICIAL VIDEO GAME ADAPTATION–AND MUCH MORE!From birth, Amanda Ripley’s life is riddled with hardship. Her parents live on the edge of poverty, so her mother–Ellen Ripley–seeks off-world contracts that lead to a position aboard the commercial hauler Nostromo. Then when the deep-space vessel disappears, Amanda passes into adulthood focused on discovering one thing.WHAT HAPPENED TO ELLEN RIPLEY?Amanda’s quest pulls her into the underbelly of society, where few can be trusted.
Author(s): Keith R.A. DeCandido

Following the events of Alien: Isolation, Amanda Ripley is kept silent by the Weyland-Yutani Corporation about the xenomorph threat. Enter Zula Hendricks, an Ex-Colonial Marine, in need of Ripley’s help to expose a sinister bio-weapons program. The duo teams up against the sinister corporation’s upgraded arsenal as they journey through space from research lab to test facility designed to keep the darkest atrocities secret!
Author(s): Brian Wood, Robert Carey

When the Colonial Marines set out after their deadliest prey, the Xenomorphs, it’s what Corporal Hicks calls a bug hunt—kill or be killed.
Author(s): Jonathan Maberry, Heather Graham, et al.

After a horrific accident strikes a space station, an engineering officer must use all available tools–a timer, utility kit, and his wits–to survive an attack from the deadliest creature known to man. Collects issues #1-#4 of the thrilling and claustrophobic Aliens story: Dead Orbit, penned by Orc Stain creator James Stokoe!
Author(s): James Stokoe

The official novelization of the famous Alien movie with Sigourney Weaver as Ellen Ripley!A crew of spaceship Nostromo is suddenly woken up from a cryogenic sleep because of mysterious signals coming from an unknown planet and received by a ship computer. The astronauts land on the planet surface and go to investigate an alien spaceship where one of them is attacked by an alien which fasten itself on his face.
Author(s): Alan Dean Foster

In the sequel to the 1979 film Alien, Ellen Ripley is forced to return to planet LV-426, where her crew encountered the hostile Alien creature. There they discovered hundreds of eggs, and just one slaughtered everyone but Ripley. This time she’s accompanied by a unit of Colonial Marines, but even their firepower may not be enough for them to survive and learn the fate of the colony known as Hadley’s Hope
Author(s): Alan Dean Foster

Ridley Scott returns to the universe he created, with Alien: Covenant, a new chapter in his groundbreaking Alien adventure. The crew of the colony ship Covenant, bound for a remote planet on the far side of the galaxy, discovers what they think is an uncharted paradise.
Author(s): Alan Dean Foster

Forget relaxing mandalas and sharpen your red pencils for the official Alien Coloring Book! From facehuggers to xenomorphs and from Ripley to Jonesy, all your favorite creatures and characters and their most memorable scenes can be found right here. As for the color scheme? Well, that’s in your hands now
Author(s): Titan Books

A mother and son bound by a shared terror–separated by an implacable alien force! A spaceship that should carry them away from the fear becomes a deathtrap from which escape seems impossible!The Trono colony on LV-871 is under attack. Emergency evacuations are ordered. Twelve-year-old Maxon and his mom face the most terrifying creatures in the galaxy . . . Aliens!
Author(s): Gabriel Hardman

GENOCIDE by David BischoffThe alien queen is dead, the hive mind left to flounder… and on a world bereft of its leader two strains of Alien divide their forces for world-shattering, acid-drenched war. On Earth, in the wake of alien infestation, athletes are flocking to humanity’s Goodwill Games.
Author(s): David Bischoff, Robert Sheckley

Alien: Covenant Origins – The Official Prequel to the Blockbuster Film (2017)

The Covenant mission is the most ambitious endeavor in the history of Weyland-Yutani. A ship bound for Origae-6, carrying two thousand colonists beyond the limits of known space, this is make-or-break investment for the corporation—and for the future of all mankind.Yet there are those who would die to stop the mission. As the colony ship hovers in Earth orbit, several violent events reveal a deadly conspiracy to sabotage the launch.
Author(s): Alan Dean Foster

The Weyland-Yutani Corporation has secrets of its own, as Decker discovers when he is forced to join a team of mercenaries sent to investigate an ancient excavation. Somewhere in that long-forgotten dig lies the thing the company wants most in the universe—a living Xenomorph.Decker doesn’t understand why they need him, until his own past comes back to haunt him. Centuries ago, his ancestor fought the Aliens, launching a bloody vendetta that was never satisfied.
Author(s): James A. Moore

In the second book of the Alien Next Door series, Harris and Roxy go over to Zeke's house and meet his strange family. Will Harris be able to prove to Roxy that Zeke and his family are aliens?Harris has his suspicions that the new kid at school, Zeke, is an alien, but he hasn't been able to prove it to his best friend, Roxy.
Author(s): A.I. Newton, Anjan Sarkar

Best Alien Books You Must Read

We highly recommend you to buy all paper or e-books in a legal way, for example, on Amazon. But sometimes it might be a need to dig deeper beyond the shiny book cover. Before making a purchase, you can visit resources like Library Genesis and download some alien books mentioned below at your own risk. Once again, we do not host any illegal or copyrighted files, but simply give our visitors a choice and hope they will make a wise decision.

Please note that this booklist is not errorless. Some books are really chart-busters according to The Wall Street Journal, others are composed by unknown authors. On top of that, you can always find additional tutorials and courses on Coursera, Udemy or edX, for example. Are there any other relevant resources you could recommend? Leave a comment if you have any feedback on the list.