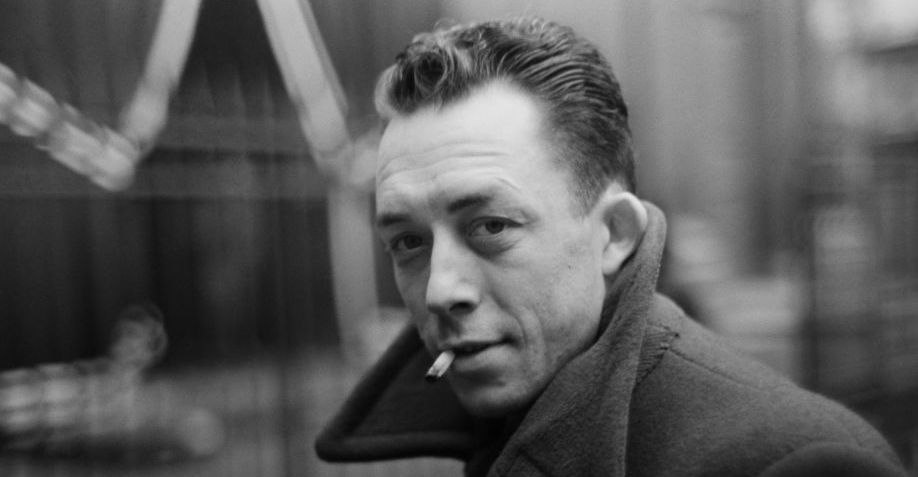 Our list of some of the best Albert Camus books & series in recent years. Get inspired by one or more of the following books.

The Myth of Sisyphus (Vintage International) (2018)

One of the most influential works of this century, The Myth of Sisyphus—featured here in a stand-alone edition—is a crucial exposition of existentialist thought. Influenced by works such as Don Juan and the novels of Kafka, these essays begin with a meditation on suicide—the question of living or not living in a universe devoid of order or meaning.
Author(s): Albert Camus

Through the story of an ordinary man unwittingly drawn into a senseless murder on an Algerian beach, Camus explored what he termed "the nakedness of man faced with the absurd." First published in 1946; now in a new translation by Matthew Ward.
Author(s): Albert Camus, Matthew Ward

A haunting tale of human resilience in the face of unrelieved horror, Camus’ novel about a bubonic plague ravaging the people of a North African coastal town is a classic of twentieth-century literature.
Author(s): Albert Camus, Stuart Gilbert

By one of the most profoundly influential thinkers of our century, The Rebel is a classic essay on revolution. For Albert Camus, the urge to revolt is one of the "essential dimensions" of human nature, manifested in man’s timeless Promethean struggle against the conditions of his existence, as well as the popular uprisings against established orders throughout history.
Author(s): Albert Camus

In the speech he gave upon accepting the Nobel Prize for Literature in 1957, Albert Camus said that a writer “cannot serve today those who make history; he must serve those who are subject to it.” And in these twenty-three political essays, he demonstrates his commitment to history’s victims, from the fallen maquis of the French Resistance to the casualties of the Cold War.
Author(s): Albert Camus

In his first novel, A Happy Death, written when he was in his early twenties and retrieved from his private papers following his death in I960, Albert Camus laid the foundation for The Stranger, focusing in both works on an Algerian clerk who kills a man in cold blood. But he also revealed himself to an extent that he never would in his later fiction.
Author(s): Albert Camus

A Life Worth Living: Albert Camus and the Quest for Meaning (2016)

In his Nobel Prize acceptance speech, Albert Camus declared that a writer’s duty is twofold: “the refusal to lie about what one knows and the resistance against oppression.” These twin obsessions help explain something of Camus’ remarkable character, which is the overarching subject of this sympathetic and lively book.
Author(s): Robert Zaretsky

“Here now, for the first time in a complete English translation, we have Camus’s three little volumes of essays, plus a selection of his critical comments on literature and his own place in it. As might be expected, the main interest of these writings is that they illuminate new facets of his usual subject matter.”—The New York Times Book Review   “A new single work for American readers that stands among the very finest.”—The Nation
Author(s): Albert Camus , Philip Thody, et al.

The Myth of Sisyphus and Other Essays (1961)

the myth of sisyphus and other essays is one of albert camus’ most famous published works. it is a must read for anyone interested in philosophy and a must own for all students of life.
Author(s): Camus, Albert; O’Brien, Justin (translator)

Exile and the Kingdom: “The Adulterous Woman”; “The Renegade”; “The Silent Men”; “The Guest”; “The Artist” (Penguin Modern Classics) by Camus, Albert (2002) Paperback ()

Paperback Publisher: Penguin Classics ASIN: B00NYI70RQ Average Customer Review: 4.3 out of 5 stars 36 customer reviews Amazon Best Sellers Rank: #11,645,061 in Books (See Top 100 in Books) Would you like to tell us about a lower price? If you are a seller for this product, would you like to suggest updates through seller support?
Author(s): More Buying Choices
$18.16 (14 used & new offers)

Camus tells the story of Jacques Cormery, a boy who lived a life much like his own. Camus summons up the sights, sounds and textures of a childhood circumscribed by poverty and a father’s death yet redeemed by the austere beauty of Algeria and the boy’s attachment to his nearly deaf-mute mother.
Author(s): Albert Camus

Meursault leads an apparently unremarkable bachelor life in Algiers until he commits a random act of violence. His lack of emotion and failure to show remorse only serve to increase his guilt in the eyes of the law, and challenges the fundamental values of society a set of rules so binding that any person breaking them is condemned as an outsider. For Meursault, this is an insult to his reason and a betrayal of his hopes; for Camus it encapsulates the absurdity of life.
Author(s): Albert Camus, Joseph Laredo

‘My mother died today. Or maybe yesterday, I don’t know.’ In The Outsider (1942), his classic existentialist novel, Camus explores the alienation of an individual who refuses to conform to social norms. Meursault, his anti-hero, will not lie. When his mother dies, he refuses to show his emotions simply to satisfy the expectations of others.
Author(s): Albert Camus, Sandra Smith

From 1935 until his death, Albert Camus kept a series of notebooks to sketch out ideas for future works, record snatches of conversations and excerpts from books he was reading, and jot down his reflections on death and the horror of war, his feelings about women and loneliness and art, and his appreciations for the Algerian sun and sea.
Author(s): Albert Camus, Philip Thody

Best Albert Camus Books That Will Hook You

We highly recommend you to buy all paper or e-books in a legal way, for example, on Amazon. But sometimes it might be a need to dig deeper beyond the shiny book cover. Before making a purchase, you can visit resources like Library Genesis and download some albert camus books mentioned below at your own risk. Once again, we do not host any illegal or copyrighted files, but simply give our visitors a choice and hope they will make a wise decision.

Albert Camus and the Human Crisis

Please note that this booklist is not absolute. Some books are truly hot items according to USA Today, others are composed by unknown authors. On top of that, you can always find additional tutorials and courses on Coursera, Udemy or edX, for example. Are there any other relevant books you could recommend? Leave a comment if you have any feedback on the list.