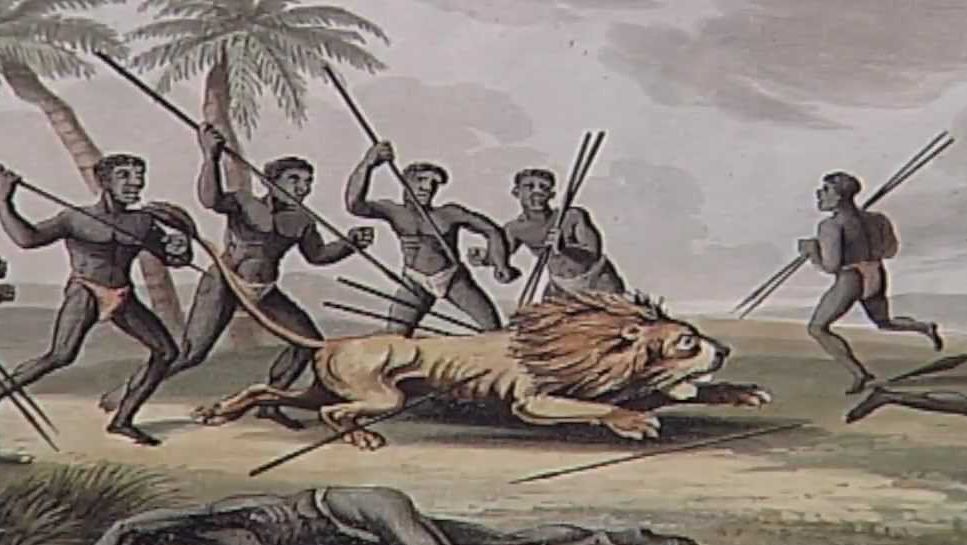 Until you’ve consumed all of the best African History books, can you even claim to be a true fan?

Africa has been coveted for its rich natural resources ever since the era of the Pharaohs. In past centuries, it was the lure of gold, ivory, and slaves that drew merchant-adventurers and conquerors from afar. In modern times, the focus of attention is on oil, diamonds, and other rare earth minerals.In this vast and vivid panorama of history, Martin Meredith follows the fortunes of Africa over a period of 5,000 years. With compelling narrative, he traces the rise and fall of ancient kingdoms and empires; the spread of Christianity and Islam; the enduring quest for gold and other riches; the exploits of explorers and missionaries;…
Author(s): Martin Meredith

History of Africa offers a richly illustrated introduction to the history of the entire continent, from earliest times right up to the present day. The third edition has been revised and updated in the light of recent research and provides more coverage of modern Africa. This successful text is now supported by a companion website. History of Africa, third edition:• offers a wealth of specially-drawn maps and carefully chosen photographs, a number of which are new for this edition• takes a deliberately African viewpoint of the…
Author(s): Kevin Shillington

This Very Short Introduction looks at Africa’s past and reflects on the changing ways it has been imagined and represented, both in Africa and beyond. The author illustrates important aspects of Africa’s history with a range of fascinating historical examples, drawn from over 5 millennia across this vast continent. The multitude of topics that the reader will learn about in this succinct work include the unity and diversity of African cultures, slavery, religion, colonial conquest, the diaspora, and the importance of history in understanding contemporary Africa. The book examines questions such as: Who invented the idea of “Africa”?…
Author(s): John Parker, Richard Rathbone

4. When the World Was Black: The Until History of the World’s First Civilizations, Part One: Prehistoric Cultures (2013)

In this book, we cover over 200,000 years of Black history. For many of us, that sounds strange. We can t even imagine what the Black past was like before the slave trade, much less imagine that such a history goes back 200,000 years or more. Can you imagine what that does to a person? To grow up believing their people started out as slaves? Perhaps some of us know a little about Africa, but how much do we really know? How much do we know about the extent of the ancient Black empires that spanned far beyond continental Africa? Chances are, very little. In this book, we ll tell the stories you haven t been told. We ll…
Author(s): Supreme Understanding

Offers a systematic, theoretical, and structural framework for more accurate appraisal of the relative nature and influence of governing institutions and of past, present, and recurring developments on African-American and American Politics generally. It’s a dynamic systematic appraisal of how African Americans fare within the prevailing theoretical, structural, and functioning patterns of the American political and governmental system. Offers new materials on Black Political participation and voting behavior, e.g., who votes in the Black community; the role of race, class, and gender in Black…
Author(s): Lucius J. Barker, Mack Jones, et al.

Africa: Volume 1 begins a series of books which adopt a new perspective on African history and culture, surveying the wide array of societies and states that have existed on the African continent and introducing readers to the diversity of African experiences and cultural expressions. Toyin Falola has brought together African studies professors from a variety of schools and settings. Writing from their individual areas of expertise, these authors work together to break general stereotypes about Africa, focusing instead on the substantive issues of the African past from an African perspective. The texts are…
Author(s): Toyin Falola

This compelling text explores the development of China through its art, religion, literature, and thought as well as through its economic, political, and social history. This author team combines strong research with extensive classroom teaching experience to offer a clear, consistent, and highly readable text that is accessible to students with no previous knowledge of the history of China….
Author(s): Conrad Schirokauer, Miranda Brown

8. They Came Before Columbus: The African Presence in Ancient America (Journal of African Civilizations) (2003)

They Came Before Columbus reveals a compelling, dramatic, and superbly detailed documentation of the presence and legacy of Africans in ancient America. Examining navigation and shipbuilding; cultural analogies between Native Americans and Africans; the transportation of plants, animals, and textiles between the continents; and the diaries, journals, and oral accounts of the explorers themselves, Ivan Van Sertima builds a pyramid of evidence to support his claim of an African presence in the New World centuries before Columbus. Combining impressive scholarship with a novelist’s gift for storytelling, Van Sertima re-creates some of the…
Author(s): Van Sertima, Ivan

The Destruction of Black Civilization took Chancellor Williams sixteen years of research and field study to compile. The book, which was to serve as a reinterpretation of the history of the African race, was intended to be “”a general rebellion against the subtle message from even the most ‘liberal’ white authors (and their Negro disciples): ‘You belong to a race of nobodies. You have no worthwhile history to point to with pride.'”” The book was written at a time when many black students, educators, and scholars were starting to piece together the connection between the way their history was taught and the way they were…
Author(s): Chancellor Williams

1001 Things Everyone Should Know About African American History is history at your fingertips, in a concise, accessible, easily-read format. 2018 National Book Award winner Jeffrey C. Stewart, a professor of Black Studies at the University of California, Santa Barbara, takes the reader on an all-encompassing journey through the entirety of African American history that is pithy, provocative, and encyclopedic in scope. Here are all the people, terms, ideas, events, and social processes that make African American history such a fascinating and inspiring subject. 1001 Things…
Author(s): Jeffrey C. Stewart

11. Student Study Guide for use with From Slavery to Freedom (1999)

This work charts the journey of African Americans from their origins in the civilizations of Africa, through slavery in the Western Hemisphere, to their struggle for freedom in the West Indies, Latin America and the United States. Topics covered include the dilemma of reconciliation between theory and practice in matters of race; popular culture in the period between World War I and World War II; and the 1992 election, including discussion of the largest African-American voter turnout in history, largest number of African Americans elected to congress, and the most African Americans ever appointed to cabinet…
Author(s): Chris Meagher, Alfred Moss

This textbook is the only single book available at this time to highlight the importance of this region of the world.  Each chapter in the book is written by anthropologists who have done ethnographic research in each country discussed.  Chapters include material on the geography, prehistory, languages, demography, history, and discussions of the contemporary economy, family, gender, ethnic, political, and religious developments in these various countries. …
Author(s): Scupin Ph.D., Raymond R

We highly recommend you to buy all paper or e-books in a legal way, for example, on Amazon. But sometimes it might be a need to dig deeper beyond the shiny book cover. Before making a purchase, you can visit resources like Genesis and download some african history books mentioned below at your own risk. Once again, we do not host any illegal or copyrighted files, but simply give our visitors a choice and hope they will make a wise decision.

The Kafir language: comprising a sketch of its history; which includes a general classification of South African dialects, ethnographical and geographical: remarks upon its nature: and a grammar

Liberated Africans and the Abolition of the Slave Trade, 1807–1896

Please note that this booklist is not errorless. Some books are really chart-busters according to The Wall Street Journal, others are drafted by unknown writers. On top of that, you can always find additional tutorials and courses on Coursera, Udemy or edX, for example. Are there any other relevant resources you could recommend? Leave a comment if you have any feedback on the list.