Skip to content
📚 Book Lovin' Geek Mamas are on a mission to promote a love of books and reading to everyone. We help our visitors to find their next favorite book. Our authors regularly create and post so-called listicles (also known as booklists) on various mostly tech-related topics.
Home 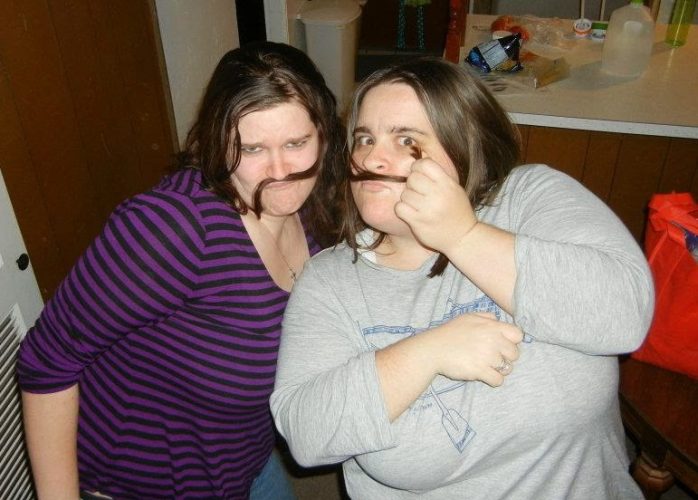 Elizabeth & Jennifer, the creators of BLGM (Book Lovin’ Geek Mamas), had an unlikely start. Initially, they came from two different, you might say warring, fandoms that could and would never see eye to eye. That is, until they met, on one fateful morning, when it was just a bit too chilly to leave the house without a sweater. Elizabeth donned her Star Wars hoodie and Jennifer proudly slipped into her Star Trek hoodie.

By now, you might see the dilemma. How would a Star Wars fan and a Star Trek fan end up meeting, getting along, and eventually start writing blogs and book reviews together? The answer is simple. A common enemy: geek dads.

Now, that is not to say that geek dads specifically are the enemy. At least not to Eli and J. But geek dads were centric to uniting them, unlikely allies.

Elizabeth was newly pregnant and Jennifer had just dropped off her kids at daycare. Both were heading to the flea market to see if there were any good deals on games, books, movies – anything to satisfy that geeky itch. Our two geek divas finally met when they each eye’d a copy of the same Spiderman comic sitting on a dusty shelf.

Surely, their shared love for Spiderman would be enough to overcome their differences? Or perhaps you forgot – they were both wearing opposing fandom sweatshirts. Had it been a warmer day, perhaps the entire moment would have played out differently, but alas, it was the exact right temperature to result in a feud.

Eli and J shared words, rather bitter ones, while they argued over who should get the last copy of the first edition Spiderman comic. There were scoffs and there was eye-rolling, but then something incredible happened. A dad walk past with the most adorable baby in his stroller. The baby was wearing a one-sie that read “I wanna be like my Geek Daddy!”

Both ladies were distracted by the cuteness and didn’t see the dad snag the Spiderman copy they had been arguing over. Now Elizabeth and Jennifer were bitter at the geek dad, rather than each other. This launched into a conversation about the baby’s onesie, and how Geek Mom apparel isn’t widely available.

As the day wore on, the two ladies shared their gripes about how male-centric the geek community is and decided that it was time to make the geek ladies more visible. Thus, the Book Lovin’ Geek Mamas Book Review site was born. They have since expanded to also providing book reviews and hope to one day start a podcast!